Tablets are portable touchscreen computers, typically smaller than a laptop computer, that are designed to be held with both hands. They usually have a built-in rechargeable battery, a touchscreen display, and a camera. Some tablets also have built-in keyboards, and some run a mobile operating system such as Android or iOS.

Differentiate Between Tablets and Laptops

Tablets and laptops are both portable computing devices used for a variety of tasks. The main difference between them is the way they are designed and used. Tablets are typically much smaller and thinner than laptops, and they usually feature a touchscreen display.

They are designed for portability and convenience and are often used for activities such as surfing the web, checking emails, and playing games. Tablets usually do not have a physical keyboard, but some models do offer a detachable keyboard. Laptops are typically larger than tablets and feature a physical keyboard and trackpad.

They are designed for more intensive tasks such as photo and video editing, gaming, and programming. Macbook Laptops offer more processing power than tablets and can more easily handle complex tasks.

1. Portability: Tablets are extremely lightweight and portable, making them great for taking on the go. They often weigh less than a laptop and can easily fit into a purse, briefcase, or backpack.

2. Versatility: Tablets are often used for both work and play. They can be used to read books, watch movies, play games, take notes, and so much more.

3. Cost: Tablets are often cheaper than laptops, making them a great option for those on a budget.

4. Battery Life: Tablets typically have longer battery life than laptops. This makes them perfect for those who are often on the go and need a device that can last all day.

5. Touchscreen: Tablets have a touchscreen interface, making them easy to use and navigate. Tablets also have a wide variety of apps available, making them an ideal choice for those who are looking for an all-in-one device.

Types of Tablets Available in Market

1. Apple iPad: The Apple iPad is one of the most popular tablets on the market. It runs on the iOS operating system and is available in several sizes and models, including the iPad Pro, iPad Air, iPad Mini, and iPad. Features include a Retina display, iCloud storage, a long-lasting battery, and access to the App Store.

2. Samsung Galaxy Tab: The Samsung Galaxy Tab is an Android-powered tablet that comes in several sizes and models. It features a bright display, expandable storage, dual cameras, and access to the Google Play store.

4. Amazon Fire HD: The Amazon Fire HD is an Android-based tablet that comes in several sizes and models. It features a bright display, expandable storage, Alexa voice assistant, and access to the Amazon Appstore.

5. Lenovo Tab: The Lenovo Tab is an Android-powered tablet that comes in several sizes and models. It features a bright display, long battery life, dual cameras.

Is there any cons of laptops and tablets

There are several potential cons of laptops and tablets. Some of these include:

Future Of  laptops and tablets in detail

Overall, the future of laptops and tablets is expected to be characterized by increased portability, improved battery life, greater connectivity, and more advanced hardware and software. These trends will help to make laptops and tablets more versatile and useful tools for a wide range of users, allowing them to work and play more efficiently and effectively than ever before. 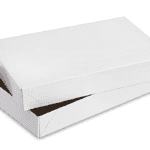 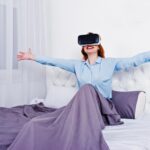